We are stars, we are also void, the void wants us to remember. This card suggests things held inside which need release, recognition and setting free.

Every nation has a shadow, according to Jungian scholars, and the cost of not facing it is dire

This card also points to a need for self-trust, self-honesty and admission of things one knows and feels within. Radical self-honesty is another path to self-realization, we are all combinations of flaws and strengths. This card also suggests resistance to that direction, whether it be for reasons of doubt or distrust, fears or desires for something else. The 2nd Mask suggests clinging to inner feelings or thoughts which inhibit free movement, it is something of an inverted Fool card; everyone except the Empty Moon is carefree and following the wind.

The purpose of this process is not further punishment, but the ability to love oneself more completely. The Shadow has needs, has its perspective. Sometimes one must let the Shadow say what it needs to say. The Shadow wants, at its core, to protect us, it simply has a different way of understanding things, dangers and opportunities. The Shadow often has a point, one should not disregard or suppress it in taking flight.

This gorge, this cliff, is a feature of nature, a split or divide which means something to the world outside, and which also means nothing. This gorge is the void where land and sea are absent, a gap in their continuity. It is thus a portal to infinity, a mirror on the other world. The Empty Moon arrives at a ring of stones, monoliths with hollow eyes. These monoliths cast shadows that reach downward, rootlike, towards some distant point in a void-less universe, as though dwindling to a singularity. That universe from which these monoliths or headstones stem is illuminated, its shadows bright, perhaps with the light of creation itself.

The Empty Moon inclines its horns to look at a sundial in the midst of these monoliths, the time indicated is unclear. The Empty Moon itself also becomes a sundial, its form casting a shadow that measures time. The monoliths, however, cast no shadows except those which stretch down into the center of creation. This card also represents the ancestors, their guidance and roles as guardians, whether or not we know their names.

Accessing clues from the past involves obstacles: information decays and pieces go missing, the world changes and things lose or change their meaning. Ancestors are those who are no longer visible or present in the world, to whom one has deep ties. They provide spiritual grounding and legacies, and we respond to them with rituals, traditions, mementos and stories. Ancestors are witnesses and observers, ghosts with perspective; a person becomes an ancestor if they gain sufficient wisdom during their life.

An ancestor is also a fountain of knowledge, and a link to a deeper and more expansive view of time.

This current earth, all that is currently visible, the way things work at present time is only the thinnest slice of all that has come before. Ancestors are representatives of the deeper slice, seeing further than we do, and are able to give broader insights than we can have on our own. Ancestors also provide a source of strength, and can be called on as guardians.

The ancestors care about their descendants and have a relationship with them, mutual devotion can exist if the living take it on themselves to care in turn. Most people vanish into history, into the dust and the energy from which their spirits were drawn, their names forgotten and their consciousness returned to the cosmic sea. Ancestors include all those who came before us who are deemed worthy of remembering, even if that memory has to be re-created from scraps, or from nothing. The concept of Ancestors allows us to honor them whether or not we have their names. This card suggests a kindling memory, a gift from the ancestors, a particular power or ability, or a more tangible gift, that the querent is soon to receive.

This card also indicates a connectedness, reminds us we are not alone and that we have hidden resources.


The principle of ancestors also allows us to honor that which merits honoring, and also asks we accept responsibility as current denizens of all they accomplished, as well as future ancestors. It is for us to make good of our brief time, to carry forward that which those who came before sought to achieve. There is still hope for buried dreams. This card illustrates a fusion of the day and night, a seeming defiance of time which brings light and dark closer together, intermixing their recognizable features such that darkness glows brighter than stars. What would it mean to splice night and day together, to rethink our associations with these two opposites, and see creation itself open from the deepest and darkest point of dark?

The beginning of all things lies before sight, and before sight all light and dark are the same. The 3rd Shadow concerns roots, ancestors, heritage, those who came before, it also concerns historical cycles. This card asks that we zoom out in our focus, remember where we stand in the longer story of things. How does the long-ago past inform, or fill, our shadow? What can we do in our lifetimes to ease suffering started in another time? This card also concerns time, which appears as both a directional arrow and a series of interlocking cycles at the same time.

Like the ace of Shadows, this card suggests a meeting between normally unconnected points in time, such as past and present, or day and night. Likewise this card points to an unusual gateway or opportunity, getting assistance from an unusual or unexpected source, things lining up in a strange causational way to move things forward. This card reversed suggests forgetting, misremembering or wrongly analyzing events.

It implies wrongs that keep repeating because their source remains not understood, voices from the past becoming ghosts instead of ancestors, replacing wisdom with trauma. The 3rd Shadow upside down suggests a past that haunts instead of informs, creating new barriers between the past and present, and forming new blinders that hinder us into the future. This card can also mean anxieties about living up to the accomplishments of others, or of people who came before. The Empty Moon is seen dissolving into a pale steam as it attempts to exit a shadow cast by a wall. This other world is well illuminated, but it is also torn and shredded by its many boundaries.

On the wall sit two sparrows, and the wall divides the land all the way to the horizon, though it falls apart in the foreground. The Empty Moon crossed a vast landscape and come to a wall, breaking the landscape in two. Walking alongside it, the Empty Moon soon saw that it came to an end up ahead.

Moving into the light, the Empty Moon felt itself begin to change, and vanished, waking up in the middle of the night, a place it often returns. Elsewhere, a Liberated Voice proceeded into the new landscape. Boundaries are established to keep things safe, and that danger may be justified, but they also enforce inequality, are a physical manifestation of rejection. Boundaries can represent an inability to be whole, an unwillingness to be amongst specific others, they can also symbolize scars, historic or personal; commemorating a violation, a site of trauma or a large-scale loss.

Walls are monuments to the divisions between human beings, but these divisions are not recognized by nature or angels or the gods, and one day all of them collapse. Trauma can outlast physical walls, bad memories can create distance between people, what prevents us being a single sea. Time, they say, heals wounds.

This card concerns the start of wounds to heal, and the falling down of boundaries. This is the point when boundaries start to lose their meaning or usefulness, symbolizing recovery, reconnection and return. This desire can be acknowledged, honored and remain part of a person as one moves in the direction of healing. Healing is a matter of time, paced in tune with what makes sense.


Eventually our memories will be drained of their negative force, we can help this process along or delay it with our thinking. Walls exclude, and reinforce economic and other differences. Walls are used to make borders impossible to cross for some, to establish an included and an excluded. The end of Borders suggests the end of relevance of these distinctions. Walls crumble when empires no longer tend to them, the natural borderless state of things taking its shape back.

The querent is encouraged to consider the big dreams, the goals with the higher importance and grander scope, and to use the energy of this brief taste of freedom to help fuel one towards that higher ambition. The 4th Shadow concerns reconnection, refocusing on important things, healing and reconciliation.

This card suggests something must be left behind, evaporated and given up, for significant recovery to ensue, a change must take place; a transformation.

This card describes a significant emotional healing, a remarkable but not easy or quick process. Something must necessarily be let go in order to embrace the healed whole self. The healed self is not the same as the pre-injured self, but it is a new thing rising from smoke and steam. This card can also symbolize getting through a barrier that held one back for a long time. 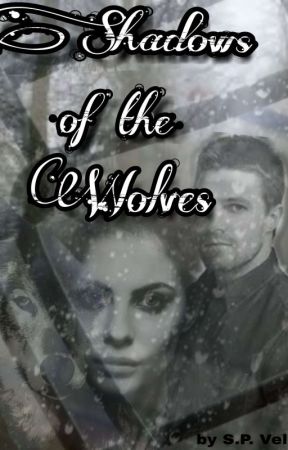 The 4th Shadow in reverse suggests barriers and borders rising, the need for space and division, the establishing of boundaries. This card reversed can point out the positive aspects of boundaries and borders. The purpose of borders is to protect and make clear what part of the earth associates with which part of the maze of identities. I walked long as the Empty Moon in the realm of shadow, pursuing something out of reach.

The horizon has many holes, some put there by force, some which split themselves. Time heals, time breaks; the healing of a land is the crumbling of a memory of harm. We the Voices enter into the world through gaps and holes, wherever a barrier has been left subject to time.